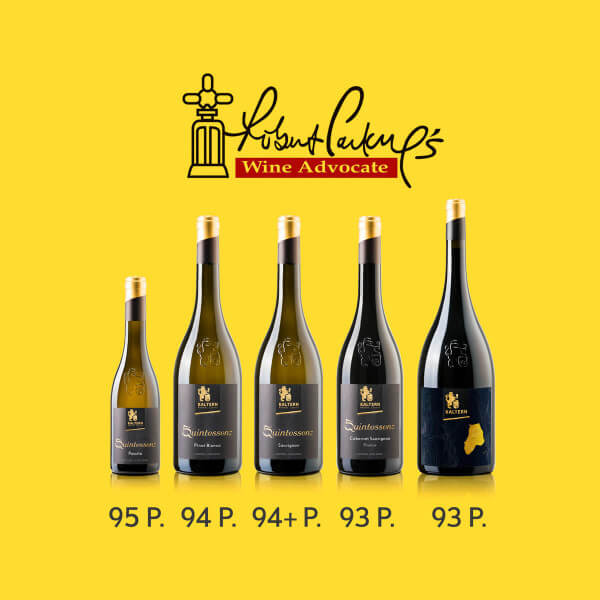 As the first Alto Adige wine producer and the first winery in Italy outside of Piedmont and Tuscany, Cantina Tramin has been awarded 100 points for its Epokale Gewürztraminer 2009 by Robert Parker, probably the world’s most prominent wine critic.

Our wines also received superb ratings from the “Wine Advocate”, which is “… very impressed by the wines made at Cantina Kaltern”. Eleven wines received 90 points or more and must therefore be classified as top wines.

Particularly exciting results were achieved by our new Quintessenz wines and the kunst.stück Kalterersee, all of which scored well over 90 points.

The results for the individual wines are as follows: