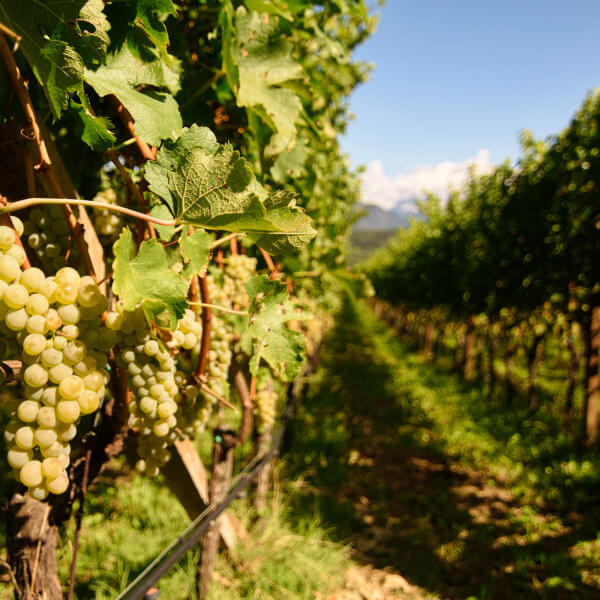 Due to the frequent snowfall in December and January, total winter precipitation was slightly higher than the average for previous years.

March was a comparatively cool month, so that the new shoots on the vines were somewhat slow to appear, but warmer than average temperatures in April compensated the delay in phenological development.

The weather in May was very changeable but relatively warm, with rain an almost daily occurrence, often in the form of thunderstorms. The weather did not settle until mid-June, which marked the beginning of one of the warmest and sunniest summers in recent decades. The result was high temperatures and some very dry conditions. Some areas also had a number of severe storms – as on July 5, when some vineyards north of Lake Kaltern were hit by a heavy hailstorm. The very low levels of precipitation experienced in some places in June and July were offset by heavy thunderstorms in August.

In late summer the weather was at its best, with one period of high pressure after another bringing warm conditions and plenty of sunshine. The temperatures were 1-2 °C above the long-term average and provided optimum conditions for harvesting ripe and healthy grapes. The harvest began on August 23 already.

In summary, it can be said that, with the exception of the heavy hailstorms in the Kaltern Feld zone, 2018 was a year of very good weather conditions for wine-growing.